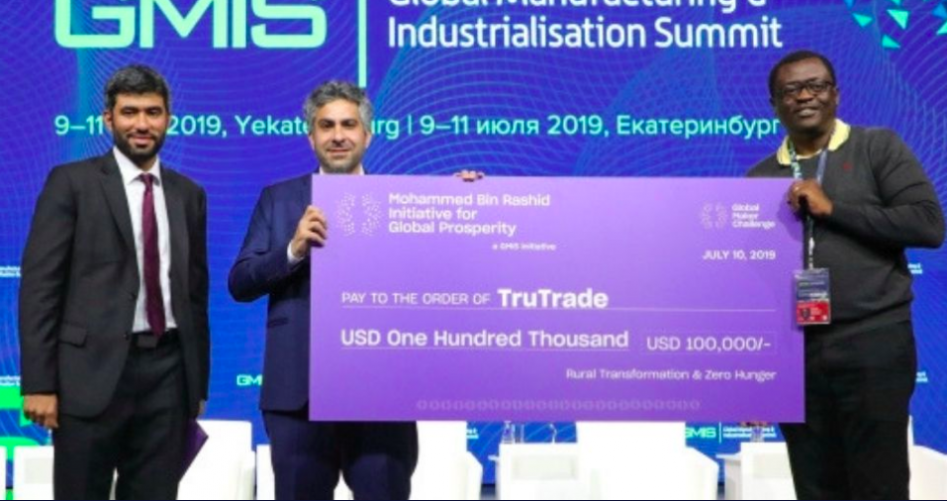 Following live pitches to international judges in both Dubai and Cambridge, ‘TruTrade’ was chosen as the winner of the ‘Award For Global Prosperity’ in the Rural Transformation and Zero Hunger category, together with a $100,000 cash prize.

The Global Prosperity Awards were established by Sheikh Mohammed Bin Rashid Al Maktoum in 2018, to celebrate innovators whose projects were seen to have the greatest potential to have positive impact on society, while aligning closely to the objectives of the UN Sustainable Development Goals.

The judges remarked that technological innovation was critical to increasing productivity, protecting natural resources and reducing food waste in the world.  During harvest and post-harvest handling, alarmingly high levels of food was being lost in low-income countries due to poor infrastructure, lack of knowledge, and low levels of technology, they added.

The organisation, which is supported by Irish Aid, is also on a short-list of four from more than 1,800 entrants for the prestigious Index Project Awards, which will be presented at a ceremony in Copenhagen, Denmark, in September.

Together with a $100,000 cash prize, TruTrade will receive mentoring and other business support from the Mohammed bin Rashid Initiative for Global Prosperity, as winners of the 2019 prize.

TruTrade recognized as a “Best For The World” top B Corp